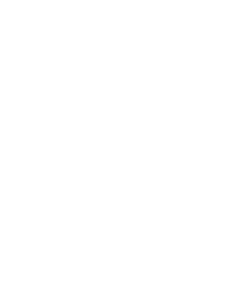 To bring a quality and wholesome source of entertainment accessible to everyone in our community and beyond. Aim to provide the same exemplary service to our local and seasonal guests year-round.

A Conversation with Scott & Jerry

Jerry: So, Scott was burying himself with this over zealous project, racing around with the blueprints under his arm, his wife Holly picking up the slack cleaning houses, hemorrhaging cash to keep this dream alive. My expertise is starting and running small businesses, so it was natural for me to determine whether or not this business was actually viable.

Scott: Jerry was a member of the tennis club where I worked and he said, “Here’s $5,000,” because I needed to buy another month from my bank. I said, “I may not ever be able to pay you back,” and Jerry replied, “Scott, you’re wasting your time with this project, I don’t expect to be paid back, but you’ve always made my summer tennis great so I’m happy to do this for you.”

Fast-forward to a few days later, I was going to the city because the property was in receivership. I stay over with Jerry, we get dinner, and we go the next day to work out with Barry Emanuel. Jerry says, “I have an easy day today, let’s go to my office and I will make an excel spreadsheet, show you the numbers so you will know why you shouldn’t do this project.”

Jerry: We worked all day long crunching numbers. The original idea was Health Hampton… a health club, indoor pools, squash, raquet ball, and more. After much discussion, we pared it down to what tennis lovers were missing- an indoor facility where they could play throughout the cold weather season and on rainy days… with the vision to create outdoor courts in the future. I called Dick Tarlow and Barry Emanuel to invest and Scott called John Geelan and the partnership was formed.

Scott: Jerry crunched the numbers, they made sense, and he was in.

Jerry: Everyone enjoyed the indoor tennis so much that it lead to creating the outdoor club. And the great promoter Scott got people to come. His ability to pair people up and provide a welcoming, fun environment really made it a huge success.

Scott: I always say how fortunate I am that my partners are accessible, willing to help, and endlessly resourceful. They’ve come through again with The Clubhouse at EHIT and I couldn’t be more grateful.

Since these early meetings in 1995, the club kept growing, built a camp, and when East Hampton Bowl closed they realized the potential for the dream to grow once more. They developed plans for The Clubhouse, and the rest is history. 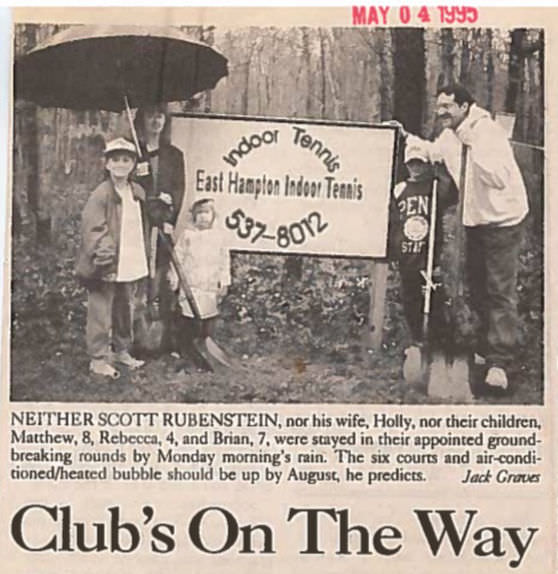 23 years ago the Rubenstein family started on a journey that has led far beyond serving up tennis indoors and out. They broke ground on their venture, East Hampton Indoor Tennis on a rainy day in May in 1995, and the photo that appeared in the East Hampton Star that week foreshadowed their journey brilliantly. The whole family, shovels in hand, smiles on faces, huddled under a huge umbrella, ready to break ground together.

They recreated the photo in 2017 for the groundbreaking of their latest adventure, The Clubhouse. And while they’ve all grown and changed over the years, the photo showcases that their core values have remained every step of the way. The whole family, working hard, excitedly grinning, persevering through all climates, and ready to make their next dream come true.

The business family has grown, but the core values remain steadfast. Join us at The Clubhouse and become a part of the next chapter in the story.

FOR ADULTS
FOR FAMILIES
PRIVATE EVENTS